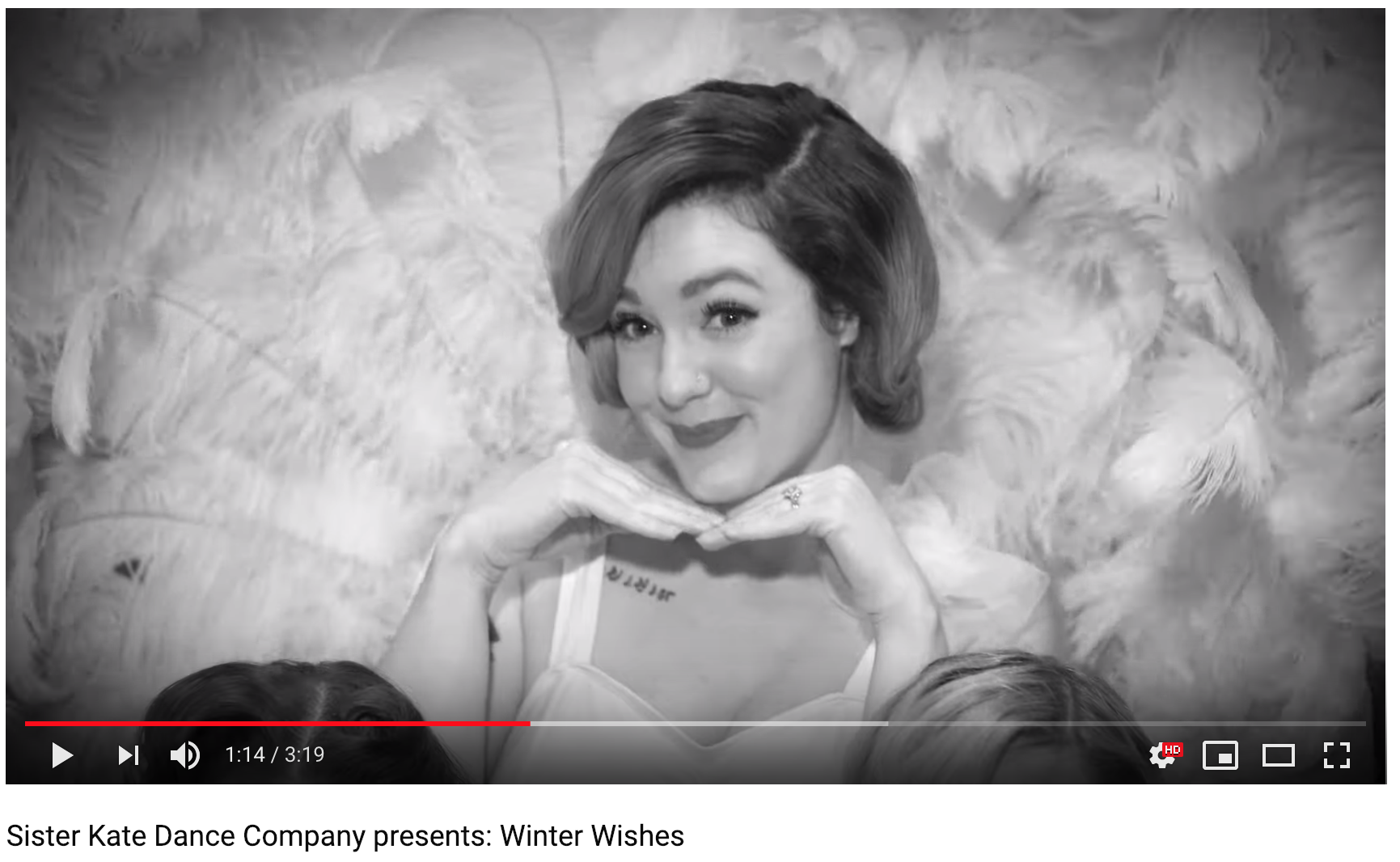 The Making of Winter Wishes

Before our Smith Tower Halloween shows in 2018 had finished, we were already planning our next big adventure: Winter Wishes! We knew we wanted to make a holiday greeting card for our fans and loved ones. Something that was an homage to the golden era of Hollywood. A tribute to the great Busby Berkeley, himself.

So, where to begin?

So, I had a crazy idea. Let’s do a video project! This will allow us to explore those viewpoints and angles that we never get to do on stage in a theater. Let’s make something beautiful and adorable and happy for the holidays that we can share with everyone online. And we can just film that on our iPhone, right?

First things first, reaching out to friends and fellow artists! We were very blessed to have the love and support of an incredible video producer, Celeste Olds.

Through Celeste, we were lucky enough to have some other incredible cinematographers on the train: Erik Hecht, who acted as our lead behind the camera, with Russ Andes and Conrad Jacobson in assistance as well.

Partnering Up On the Project

Another initial idea, was to partner up with some Sister Kate alumni, who run their own chorus girl teams now. How cool would it be to collaborate with other teams we know and love? We contacted Lauren Kayda of The Rhythm Belles in Bellingham, Washington. Lauren only started this team in the last couple of years, and they recently presented their very first mini-cabaret show! A few of us KateMates traveled north to check it out and had the loveliest time. Her team was perfect to partner with.

After all the key players were on board for this crazy art project, as directed by Celeste, I started to storyboard. The storyboard process included going through a whole list of Busby Berkeley clips online, finding those perfect inspirational moments that we wanted to potentially recreate.

Some specific films that inspired us the most include Gold Diggers 1933, Who’s Your Little Who Zis?, Dames, and Lullaby of Broadway. Throughout the process, we had to think through the lens of a camera, something very unfamiliar to us as stage performers. What camera angle is unique and interesting, what non-dancing moments do we want to have, and what shapes are the most exciting to look at?

Upon pulling all these stills from videos, we then split Sister Kate up into 3 main “pods” of seven to eight ladies, with 2 sub-groups in each pod. In true historic chorus girl fashion, we split everyone up based on

height. Tall pod, medium-height pod, and “the shorties” pod. During the month of November, we spent about 3-4 rehearsals just brainstorming and creating, creating, creating. We asked Sister Kate members to constantly be recording any bit of footage or idea they may like to use later, and to upload it to a shared dropbox with the other teams. This way, everyone could watch each others’ footage, and the project captains could keep an eye on what footage we may need more or less of.

December 8th was our big video shoot day! It was also our final project as a team together, before heading off on a short holiday break from rehearsals. The Rhythm Belles drove down from Bellingham, and Eva Stricker flew in from New Mexico to be part of the shoot. Everyone showed up promptly at 11:00 am to the Century Ballroom, and by 11:30 am, we were ready to roll with our first footage – the floor sections shot from overhead. We were so fortunate to have Conrad there, who flies video drones for a living.

You can’t tell it from this picture, but we’re all looking up at a drone overhead.

This part of the video was probably one of our favorites. Although for years we’ve drooled over the overhead “snowflake” floor shots of Busby Berkeley films, we are always very limited to the perspective of whatever “stage” we’re dancing on for a point of view. Having the drone was a major game changer, as we knew we could get any straight overhead shot we wanted!

A Full Day of Footage

After recording about 30-45 minutes of different floor formations with almost everyone, it was time to move onto the individual group footage. Over the course of the following 4.5 hours, we were non-stop go, go, go, working hard to get as much footage as possible on the camera.

Tap dancing, ballet on pointe, roller skating, and so much more. And we knew we still had some footage coming from Sweet Jubilee in New Mexico, so needless to say, we were overflowing with great shots. Sweet Jubilee ended up having an additional 9 gigs of footage. Oof! But so exciting!

Smile at the camera!

From the camera’s point of view!

At the end of the day, we had over 100 gigs of incredible high-res footage from just Sister Kate and The Rhythm Belles alone. By far, this was THE BEST footage we’d ever had recorded of Sister Kate. There’s even footage that didn’t make the final cut of the movie, which I’m sure you’ll see in future Sister Kate gifs, etc.

To celebrate, the team headed over to St. John’s Eatery on Capitol Hill to toast a successful video day and kick up our tired feet.

On To the Editing!

Wonder how we got that finale shot? This is it!

The most daunting part for me (Robin), was going to be the editing. Thankfully, I knew the song inside and out. I edited the entire film in iMovie, since I’ve been having a lot of issues with my Premiere Pro in the past few months. I knew I wanted the footage to be ultimately in black and white, and I wanted there to be some kind of a filter on it to make it look like it literally was grabbed from an old fashioned film.

Originally, my plan was to add this built in “1920s Silent Movie” filter that is available in iMovie. But, with footage this gorgeous, it just made it a little too grainy and rough, and definitely took away from the elegance of the film.

Thankfully, Erik had a fantastic piece of advice – add a vignette around the edges. Upon a quick Google search, I found some free ones easily and boy what a huge difference it made! I also worked, per Erik’s advice, to push the contrast higher than normal, making the whites more vibrant and bringing the darks down as well.

Below is a side by side comparison of what we called a classic “vanity shot”. Heather is definitely one of the most photogenic Sister Kate members we have. 🙂

Screenshot from our own video, Winter Wishes

I’d like to take this opportunity to thank my MacBook for not dying in this process! haha My poor laptop pretty much survived off the lifeblood of my external hard drive to get it through this project.

In the end, we couldn’t be happier with our little holiday video. We hope everyone loves it as much as we do!