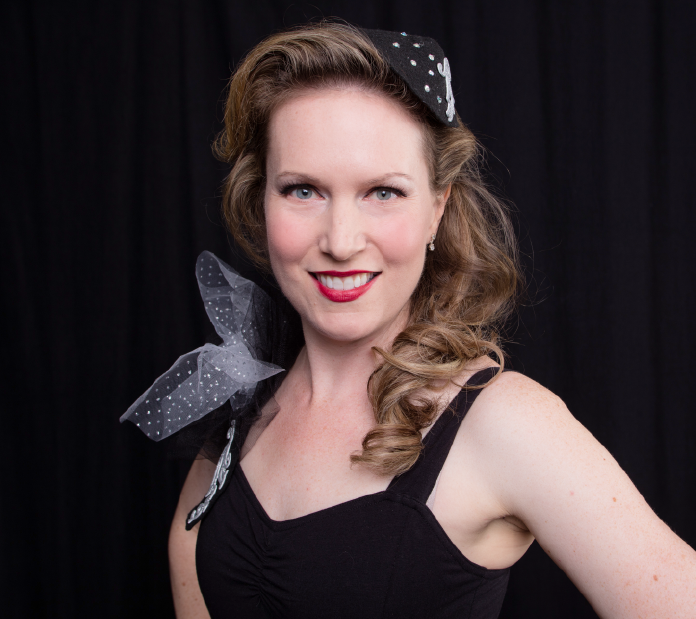 Eight with a Katemate: Jen Nelson 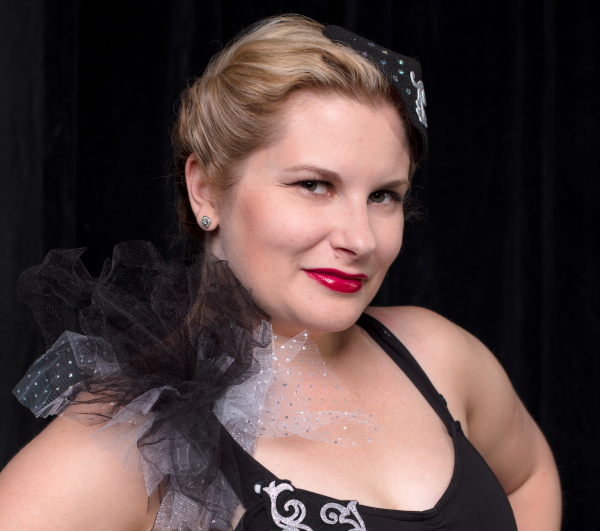 Welcome to “Eight with a Katemate“, our blog format where we interview team members with eight questions and share their stories with YOU, our readers! So grab a seat… Today, we are excited to be featuring SKDC member, Jen Nelson! Read on below to learn more about her!

1. How long have you been on Sister Kate Dance Company?

Since 2010! Part of me thinks that is 2 years ago but surprise, it’s TWELVE YEARS AGO!

2. Why did you want to be a chorus girl?

I’ve been dancing compulsively despite ineptitude in some way since I was little.

I had a smattering of dance lessons here and there, including some hip hop when I was 10 (I’d have given anything to be a Fly Girl) and a month of tap lessons with my mom and sister when I was a majorly uncool teenager. I’ve also been doing what I call “choreographing” since I was 8. My parents were divorced so when I’d visit my dad I’d spend hours in his living room dancing to Madonna’s Immaculate Collection, Paula Abdul, Michael Jackson, or Bette Midler. I can thank my dad’s partner JP for that last one. He was a professional ice skater with an amazing costume closet who introduced me to Beaches and Strictly Ballroom. (Can we take a time out a second? Speaking of Michael Jackson, have you seen Taika Waititi doing a Thriller Haka? Because you must. Your life will be better for it. I’ll wait.)

OK, thanks for watching that. Back to it…um chorus girling, right. When I was 16, my friend invited me to a Lindy Hop lesson and I got hooked. A decade or so later I moved to Seattle. I wanted to compete or at least train with a partner but never really found one. I saw Sister Kate perform a couple of years in a row and was pretty intimidated. If it wasn’t for Gaby Cook, who was a member at the time, encouraging me to audition, I’m not sure I would have. This was a long way of saying that I didn’t realize I wanted to be one until one day I saw Sister Kate and was like: “You can do that?” You CAN!

3. You have a Theatre background, how does this influence your dancing?

In every possible way. I don’t think of myself as a particularly skilled dancer, I’ve relied on performing to make up the difference (don’t look at my feet, look at these JAZZ HANDS)! My background also gave me the confidence to figure out how to direct and produce our shows.

4. What, or who, inspires you the most in your dancing?

I’ve always been drawn to camp and comedy. I especially love women in comedy. Madeline Khan, Gilda Radner, Lucille Ball, Mae West… how long have you got? Lily Tomlin, Amy Poehler, Kristin Wiig, Maia Rudolph, Carol Burnett, Cloris Leachman…I would have LOVED to see Adele Astaire perform. She taught her brother Fred everything. While there isn’t any footage of her career, she looks hilarious in photos. Also, I can’t stress this enough but I LOVE Paul Reubens and RuPaul. They are the best Pauls IMHO.

In Seattle, I’ve had the good fortune to work (and even live in a giant mansion) with the all-womxn lead sketch comedy group The Beta Society. Please enjoy some comedy gold that in 80 years when I’m dead I’ll finally be able to watch and not cringe.

Before I found Lindy Hop and traditional jazz dance, I suppose in general I was into weird movement and choreo. In 8th grade when I directed and choreographed the school play, Peter Pan, I definitely sprinkled in some moves from Billy Jean and The Bartman into the dance numbers.

If I had to name a dancer who inspired me, I guess Fosse, but like, specifically Carol Haney doing Fosse? I’ve always wanted to break down Steam Heat or Hot Honey Rag (Casey and I had started to learn it but never finished).

It wasn’t until I joined Sister Kate that I truly understood the history and origin of jazz dance. I was blown away by the chorus girls of the Harlem Renaissance. I was inspired by Mabel Lee’s movement (swivels and fishtails are so good!). Until I saw clips of Bessie Dudley and Florence Hill emphasizing rhythms and energy I’m not sure I really got it.

For the last few years, I’ve been inspired by dancers on Tiktok and Youtube. A couple of years ago, someone sent me a video of Tomioka Dance Club, a high school dance team from Osaka, Japan. I fell in LOVE! I emailed the choreographer Akane Kikaku to tell her how much I admired her. Her team wrote back and asked if I wanted to come to their show in Osaka. When someone you admire says “come see my show” you go. This was their big annual show and they performed all my favorite numbers.
My favorite TikTok dancer at the moment is Sarah McCreaner. She was on Australian So You Think You Can Dance (check it out – my favorite bit is at 1:45: https://www.youtube.com/watch?v=3G536yPokzA). She also does a series where she duos with a hydraulic press.

Speaking of online, one silver lining of the pandemic was that I was able to take a virtual workshop with Marie N’daiye. She started us off playing with rhythms and then taught a bit of choreo that incorporated them. The history lecture in the second part of the class was fantastic. She used “A night club map of Harlem” to talk about the history of chorus girls. She’s an amazing dancer and researcher, I highly recommend taking a class with her.

5. What was your first performance with Sister Kate?

My first performance was for one of our Cocktails and Chorus Girls fundraising shows (which eventually morphed into our full cabaret shows). I can’t remember which routine – either “Ain’t She Super Sweet” or a routine that we call the “Tranky Sham Apple.”

Oh god, how do I pick just one! I loved performing “Sister Kate Strut” (originally choreographed by Robin Nunnally) for the Intersections Comedy Festival in 2019. There were nine of us for that one so we dressed up as supreme court judges (if only!). I also enjoyed a quasi foray into burlesque with my werewolf routine to Patsy Cline’s “Walkin’ After Midnight.” That whole Halloween show was the mummies knees!

7. When not busy dancing up a storm with us, what else keeps you busy day to day?

For a day job, I manage customer support and client success for CreativeLive, Inc. When I’m not dancing with Sister Kate, I’m doing theater around Seattle or choreographing for friends like Prom Queen. I recently helped write a play for a local theater festival in my neighborhood. The historical prompt we picked was: “The Prostitution House of Inglewood Golf and Country Club.” This was a real thing! In 1973 there was a brothel off the 10th fairway – until they got caught. Come see “Birdies on the Fairway” from August 12 – 14, 2022.

8. What’s your funniest memory of Sister Kate (on or off stage)?

Why are you doing this to me?! Why must I chooooose? OK the big one – I once got hopelessly tangled in balloons tied to ribbons that lined the back of the stage at our Valentine’s show at the Can Can. It was originally supposed to be a sultry routine performed with fabric tied to two sticks but it became a sexy “untangle ourselves from balloon ribbons” dance.

There was another time I was hosting our circus-themed show as a character who wanted to join the circus. She finally found her talent in the end: plate spinning! Kit came up with an ingenious way of allowing me to spin plates without really spinning them by drilling a hole through plastic plates and then mounting them loosely on some dowels. Right before the big reveal, my character is gesturing through the closed curtains that she came up with an idea, then the curtain opens to reveal her spinning plates. One night after I gestured and right before the curtain opened, one of my plates fell off, so I threw the plateless stick offstage and hit the pose. TADA! Look! I can spin ONE plate. You are so impressed!

But honestly, I’m always laughing with Sister Kate, we are some funny b@%tches!