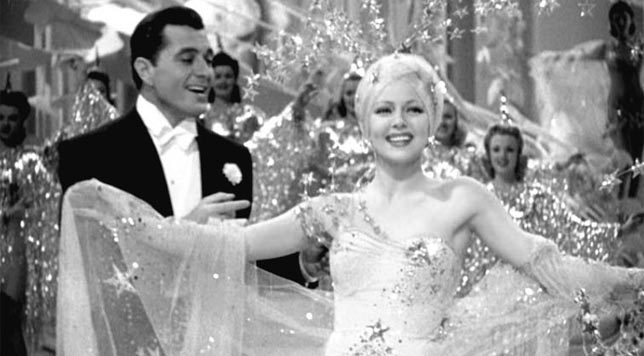 Crazy times in life call for chorus girl films! Here are 5 films that we love and recommend you watch while housebound! There are of course tons of films you could watch with great chorus girl dance clips, but these are just a few to start.

My recommendation: start with the top two documentaries. They are absolutely amazing and full of inspiration to other jazz-era dance artists!

“Meet the age-defying Silver Belles, still “bustin’ a move” and donning sequins for sold-out crowds. From their days in chorus lines of the Harlem Renaissance, their love of dance and of each other hasn’t wavered, and the film sparkles with their candor and sly humor. Despite any setbacks, they never lose their gratitude for where their feet have taken them.

They performed with the likes of Bill (Bojangles) Robinson, Duke Ellington and Ella Fitzgerald; led the strike at the Apollo Theater that established the American Guild of Variety Artists; and toured in the first black USO show (stealing “for colored only” signs off trains in the South). Fueled by a music score that ranges over eight decades of evolving jazz styles and directed by Sundance-winner Heather Lyn MacDonald.

Pssst: Have a Library card? It’s available to watch for free on Kanopy.com

“Show Girls celebrates Montreal’s swinging Black jazz scene from the 1920s to the 1960s, when the city was wide open. Three women who danced in the legendary Black clubs of the day – Rockhead’s Paradise, The Terminal, Café St. Michel – share their unforgettable memories of life at the centre of one of the world’s hottest jazz spots. From the Roaring Twenties, through the Second World War and on into the golden era of clubs in the fifties and sixities, Show Girls chronicles the lives of Bernice, Tina and Olga – mixing their memories with rarely seen footage of the era.

Their stories are told against a backdrop of the fascinating social and political history that made Montreal a jazz and nightclub hotspot for decades. It is a story of song and dance, music and pride.”

It’s not the easiest to find since it’s a one hour documentary that’s a bit older, but lucky for you, I found it on YouTube:

I don’t remember the first time I ever watched this film and where I saw it, but the dance scenes have certainly been an inspiration for Sister Kate’s Cancan choreographies over the years. To learn more about the Cancan as a dance, check out our earlier blog.

“Hoping to keep his financially unstable cafe in business, Henri (Jean Gabin) takes a trip to Monmartre, where he witnesses local dancers performing the can-can, a provocative dance that has fallen out of favor in the rest of France. Next, he discovers the beautiful Nina (Françoise Arnoul), and decides to bring both her and the can-can back to his cafe. While Nina and the dance cause a sensation, Lola (María Félix), the former star of Henri’s establishment, sets out to sabotage the new girl.”

This one will be tricky to find! I searched online quite a bit. You can watch it on the Criterion Channel online. It’s usually available on Kanopy (but not currently that I could see). You can also purchase the DVD on Amazon.

I remember first seeing this film when we’d all still go to the movie store and RENT MOVIES IN PERSON…. Crazy, I know. But it left an impact on me this many years later, so it’s definitely on my recommendations list.

“From 1909 to 1929, the Ballets Russes traveled the globe, becoming one of the most famous ballet troupes in the world as they collaborated with painters and filmmakers, and setting new standards for artistry in dance production. When their impresario, Sergei Diaghilev, died in 1929, the company’s glory years came to an end, but their legend persisted through the 20th century. A 2000 reunion of surviving members in New Orleans provides the world with an opportunity to pay tribute.”

You can rent this documentary on Amazon for $3.99.

“During the 1920s, three New York girls pursue careers performing in the iconic Ziegfeld Follies. Susan (Judy Garland) is a vaudeville performer who desires nothing more than a shot at the big time. Sheila (Lana Turner), who works as an elevator girl, is granted an audition with Flo Ziegfeld himself. And Sandra (Hedy Lamarr) draws the eye of a dance director after her husband auditions for a position in the orchestra. However, their career ambitions soon complicate their romantic relationships.”

You can rent this film online or psst – you can watch it here for free.

“Bill Williamson (Bill Robinson), a struggling performer, meets a beautiful vocalist named Selina Rogers (Lena Horne). Bill promises her that they will be together after he becomes a success. However, he and Selina both skyrocket to fame and lose contact. Fortunately, Bill just might get one more chance to woo Selina at a huge musical stage show. Popular entertainers of the 1940s, including Fats Waller and Cab Calloway, perform as themselves in the film.”

While not strictly focusing primarily on chorus girl routines, this film does include some of the most famous and important dance scenes of all time.

Of course there is the famous Nicholas Brothers’ “Jumpin’ Jive” duet, which Fred Astaire, himself, said was the greatest dance number ever caught on camera. Beyond that, however, are some fantastic chorus line numbers. Of note, the dance number to Lena Horne’s “Stormy Weather”, featuring the legendary dancer and choreographer Katherine Dunham. Also, not to miss is her dance troupe’s dance number to the song “My, My, Ain’t That Something“.

You can rent this film on Amazon.